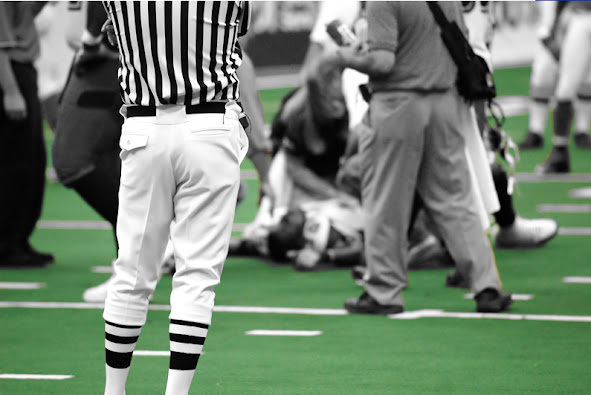 "Miami, We Have a Problem!" By: DR. MICHAEL GRUTTADAURIA

9/25/2022 - The Miami Dolphins prized quarterback Tua Tagovailoa sustained what was clearly a concussion.  He was dazed and in trying to walk off the field, staggered and nearly collapsed.  He was helped off the field and taken into the injury evaluation tent.  You didn’t need to be a neurologist to see that he was shaken from hitting his head on the ground.
Watch it here: https://www.youtube.com/watch?v=d5c_zR85ca4

Incredibly, the QB cleared the NFL Concussion Protocol and to everyone’s surprise, was allowed to play in the second half of the game.  Many questions were raised about the injury following the game and everyone from the Dolphins coach, to their staff to Tua himself seemed to blame the entire incident on a back injury he said he sustained earlier in the game.

The NFL Player’s Association publicly announced that they were investigating the Dolphins/NFL handling of the entire incident.   https://sports.yahoo.com/nflpa-initiates-concussion-investigation-after-wobbly-tua-tagovailoa-continued-playing-vs-bills-235433110.html

Then, the unthinkable happened.  The Dolphins were scheduled to play again just four days later and they announced that Tua would be the starter.  He came out Thursday night looking great until a play where he was thrown to the ground again.  His head bounced off the ground and he immediately went into what appeared to be a decorticate posture.  His body flexed as he appeared to lose consciousness and his arms, hands and fingers became stiff and distorted - indicating a severe trauma to the brain.

He was immediately stabilized and taken off the field on a stretcher to be evaluated at a local hospital.  Accusations have been flying and denial is the word of the day.  What is clear is that we must do better.

With the knowledge that concussions are linked to chronic neuroinflammatory changes and more recently to neurodegenerative disease, we must do better.  Tua is a professional athlete in arguably the most violent sport there is.  He is tough... a modern day warrior.  He is also a very young man competing on the biggest stage in the world with fame and fortune on the line.  He must be protected, even if that means from himself.

Watch the progression of the injuries here: 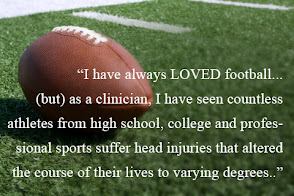 Personally, I have a difficult relationship with football.  I am a big fan of the sport as I played it from when I was 9 until I was 18 years old and loved every minute of it.  I sustained countless blows to the head and who knows how many concussions, but that was a different time.  We were always told to shake it off and be tough.  I also love watching the games on TV and follow along in my Fantasy League.  However, as a clinician, I have seen countless athletes from high school, college and professional sports suffer head injuries that altered the course of their lives to varying degrees.  Understanding the neurology and biochemistry of head trauma makes me worry for the players and their futures.  I struggle with this dichotomy.
AFTERTHOUGHT:
The NFL generates close to $20 billion annually.  They have the resources to facilitate change, but there appears to be conflicts of interest.  Who made the final call to allow Tua to play after the first injury?  Can a doctor who is employed or contracted by the NFL be truly impartial? Are they personally liable for their decision to let him play and if not, maybe they should be…we need some adults in the room. 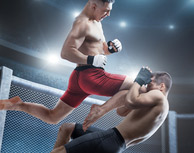 Concussions are viewed as a mild form of traumatic brain injuries and most frequently occur following an event that involves an acceleration–deceleration mechanism without actual injury to the head, such as whiplash, or the head striking an object. As we study these, researchers and clinicians are learning that these are fairly common, but often underdiagnosed.  While the vast majority of people with concussions recover without obvious disability, people can end up with long-term cognitive, emotional and functional issues affecting quality of life – including memory issues and Alzheimer’s disease. Efforts to better predict outcome from head injuries by focusing on the age, sex, type of injury and acute assessments have led to some improvement, but still fail to predict or explain the variation in healing and outcomes. Studies in professional athletes have shown that about 80–90% are sufficiently recovered to return to playing within 7–10 days. But that means that 10-20% are not, and their recovery can take up to 3 times longer. Even taking into account variations in initial injury, this variation is difficult to explain or predict.  (see complete feature by Dr. Roberta Kline)

What happened to Miami Quarter back Tua Tagovailoa is likely Second Impact Syndrome,  where an athlete receives a second concussion before a previous concussion has totally healed, carrying  with it a high risk of permanent brain damage and in exceptional cases can be fatal among adolescents as their brains are not fully myelinated like an adult brain. Tua’s head slammed on the playing surface, he got up, wobbled and appeared disoriented. The Dolphins claimed it was a back injury.  This happens under the guise of a minor back or a neck injury to circumvent the NFL concussion protocol.  When concussed, playing at full potential both physically and mentally is compromised.  Winning obviously meant more to the Dolphins than Tua’s future quality of life as he returned to play already being concussed.
When Tua played the second game, I wasn’t surprised.  I expected it.  The Dolphins rolled the dice where the wager far exceeded the prize.  I have battled Parkinson’s Syndrome and 2nd stage Dementia Pugilistica since I was 41.  I’m now 72.  I’ve had 58 years to ponder what went wrong. In all probability, I wouldn’t be writing this article if I had addressed my first concussion promptly and properly.
Ray Ciancaglini, The Second Impact
www.thesecondimpact.com
Copyright Notice: The materials provided on this website/web-based article are copyrighted and the intellectual property of the publishers/producers (The NY Cancer Resource Alliance/IntermediaWorx inc. and The AngioFoundation). It is provided publicly strictly for informational purposes within non-commercial use and not for purposes of resale, distribution, public display or performance. Unless otherwise indicated on this web based page, sharing, re-posting, re-publishing of this work is strictly prohibited without due permission from the publishers.  Also, certain content may be licensed from third-parties. The licenses for some of this Content may contain additional terms. When such Content licenses contain additional terms, we will make these terms available to you on those pages (which his incorporated herein by reference).The publishers/producers of this site and its contents such as videos, graphics, text, and other materials published are not intended to be a substitute for professional medical advice, diagnosis, or treatment. For any questions you may have regarding a medical condition, please always seek the advice of your physician or a qualified health provider. Do not postpone or disregard any professional medical advice over something you may have seen or read on this website. If you think you may have a medical emergency, call your doctor or 9-1-1 immediately.  This website does not support, endorse or recommend any specific products, tests, physicians, procedures, treatment opinions or other information that may be mentioned on this site. Referencing any content or information seen or published in this website or shared by other visitors of this website is solely at your own risk. The publishers/producers of this Internet web site reserves the right, at its sole discretion, to modify, disable access to, or discontinue, temporarily or permanently, all or any part of this Internet web site or any information contained thereon without liability or notice to you.
- October 05, 2022

IPHA NEWS is proud to kick off our spring 2022 feature spotlight series on female role models in our community.  Welcome January Howard, own... 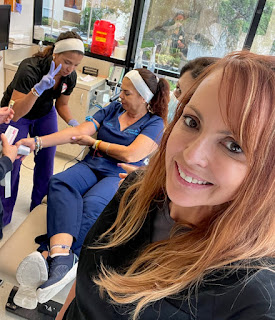