What do you know about PEDIATRIC MYOCARDITIS?

As part of Heart Health Awareness Month, the Integrative Pain Healers Alliance, the Angiofoundation,  the editors of Prevention101 and NYCRA-news joined hands with advocacy groups like the For Elysa Foundation to form "Mommies on a Mission" to promote Pediatric Myocarditis awareness in pursuit of the national diagnostic movement. 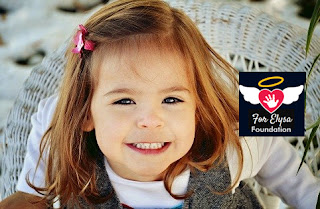 Around the first week of Feb, 2022, our clinical diagnostic researcher, Dr. Robert Bard launched his PediatricScan.com 2.0 in NYC‐ which included a Pilot program for Myocarditis Screening through the use of advanced Doppler Ultrasound Imaging.  To establish the clinical network for this program is to connect with ICU specialists & Cardiologists as well as all associations supporting Myocarditis research.

We met the directors of a remarkable national advocacy foundation called FOR ELYSA FOUNDATION‐ a non‐profit organization dedicated to promoting Education, providing Light, and supporting Research in the areas of viral myocarditis and pediatric sudden cardiac arrest. (www.ForElysa.org). Mrs. Jana Rojas and husband Jaime Rojas from Kansas City developed this organization inspired by the loss of her vibrant little girl,  Elysa Louise Rojas who passed away at the tender age of two years old. " In Elysa’s case, a common childhood virus was responsible for her myocarditis. The virus either attacked Elysa’s heart directly or caused her immune system to attack her heart muscle in a “friendly fire” fashion while trying to fight the virus. The inflammation in her heart increased drastically and very quickly to the point of sudden cardiac arrest. Doctors and scientists do not fully understand the mechanisms within the body that cause a virus to “go haywire” in the immune systems of individuals with myocarditis. There is currently no way to predict when/if this will occur." 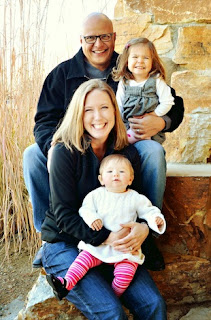 The FOR ELYSA FOUNDATION is one of our first advocacy friends in pursuit of bringing national awareness and supportive clinical research for myocarditis diagnostics and prevention. According to the ForeElysa.org website, Myocarditis is a disease marked by inflammation and damage of the heart muscle. There are many causes of myocarditis, including viral infections, autoimmune diseases, environmental toxins, and adverse reactions to medications. The most common cause of myocarditis in North America is viral infections. Myocarditis usually attacks otherwise healthy people. It is believed that 5 to 20% of all cases of sudden death in young adults are due to myocarditis. Although the exact incidence of myocarditis is not known, it is estimated that approximately 343,000 people die of myocarditis and its major complication, cardiomyopathy, each year. The prognosis is variable but chronic heart failure is the major long term complication. Myocarditis and the associated disorder of idiopathic dilated cardiomyopathy are the cause of approximately 45% of heart transplants in the United States.

All materials in this section are published with express consent from The For Elysa Foundation.  For complete Information, visit www.FORELYSA.org

HOW & WHEN TO CHECK FOR PEDIATRIC MYOCARDITIS
By: Jana Rojas 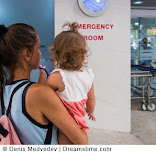 The tricky thing with myocarditis being virally mediated is that Elysa could have had a heart scan a week before she died (the day before she contracted the virus that wrecked her heart), and it would have been normal. I am hesitant to insinuate that imaging could "clear" a patient and provide a clean bill of health without noting that this can and does occur spontaneously after viral infections, and so testing while ill or post-virally is actually the key message and window of opportunity for myocarditis detection. In my mind, the primary role for cardiac diagnostic imaging as it related to myocarditis specifically would be for:

3) after known Covid or other viral infection with prolonged or delayed healing (ie ongoing fatigue, shortness of breath, etc)

4) and possibly PRE-PARTICIPATION SPORTS PHYSICALS. The pre participation screenings would be enhanced cardiac screenings in general to ideally pick up congenital heart defects and other concerns as well as myocarditis. 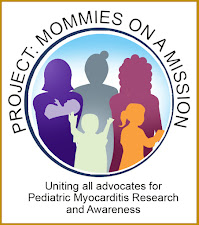 THE 2022 NATIONAL "ONE VOICE" FOR CHILDREN COLLECTIVE

In Feb. 2022, lead directors of The AngioFoundation, The NY Cancer Resource Alliance and publishers of PREVENTION101.org forged a collaborative outreach community project with the For Elysa Foundation (myocarditis awareness org) to form a national coalition of clinical support associations, research foundations, researchers and parent groups dedicated to the awareness of rare pediatric diseases and critical disorders. This collective concept called "MOMMIES ON A MISSION" is a unique and remarkable platform that aspires to support the many pediatric disorders that plague today's children.

Known as 'Project One", Mommies on a Mission will launch the ONE VOICE crusade to leverage new awarness response for the deadly health threat of Myocarditis in America's children. "MOMMIES ON A MISSION" is a creative title Mrs. Jana Rojas (director of For Elysa Foundation) used to describe her fellow advocates who, like her, established a dedicated benevolent program to battle pediatric myocarditis through education, awareness and to support clinical research. Even more are driven to forge standardized screening of myocarditis as part of a national prevention and early detection initiative. "Losing another child to this terrible and insidious disease is one child too many! It's time we joined hands with all groups, legislators, medical societies and anyone who can make a difference. We hope to deploy a multi-stage battle plan to address this disease and enact new solutions in every pediatrician's office!", states Dr. Noelle Cutter (Molloy College, NY Cancer Resource Alliance).

According to the CDC, DERMAL ABSORPTION happens when a chemical goes through the skin and travels into the body. Many chemicals used in the ... 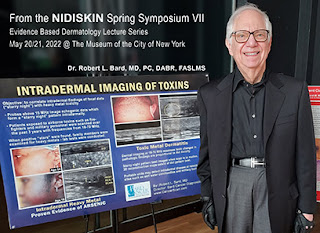