To gain an understanding of today's digital video messaging is to accept the very basis behind social media and its community.  Video is the trending media for high-speed message delivery, harnessing the major global share- seated within all screen & cell phone users.

In our digital age, the written word continues to suffer a major loss of followers over the impact of VIDEO messaging.  Where book stores and magazine publishers are at a major decline, the cell-phone generation (with a device too small to read a full article) finds a 2-minute video clip to better comply with their Gen-Z attention span.

This concept of bringing awareness and education strongly exists in many areas of the local news community with an expansion in programing to include educational and informative content for social media platforms.  Veteran journalist and lead anchor, Marvin Scott (recipient of 12 Emmy Awards) has been the bedrock of NYC's CH11 News. For over 50 years, he has delivered all areas of local news to millions of homes in the NYC area.  Mr. Scott also pioneered educational and medical segments in his news reporting by covering topics like cancer and other health issues.  He expanded the reach of his reporting beyond the daily TV newscast by producing CH11's Facebook Live and Youtube Channels.  It is this visionary use of our current media trends that shape the distribution of useful, share-worthy information that adds to the intellectual expansion of our web community. 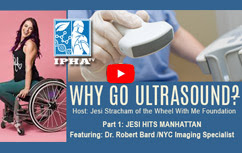 Since the inception of YOUTUBE, the multimedia video platform is vastly conquering the lion share of public info access and distribution- especially throughout social media.  Education and News are materials that we can never get enough of. They provide insight, awareness and a connection to the world at large.  These genres are considered by the social media platforms as useful information and relevant material.  They are preferred content because they suit the SHARE-WORTHY nature of the viral distribution concept.

Search engines (like Google, Bing and Yahoo) helped to forge the discernment between true information vs. commercialized material as part of a conscious effort to not mislead the public.  In social media, publishing (or posting) promotional, marketing and commercial videos are a violation of terms of use and are usually frowned upon by subscribers. The poster is often reported or blocked leading to their accounts to be frozen or even cancelled.

WHAT IS CREATIVE COMMONS?
The continued expansion of FREE EDUCATION is an industry that aligns with the current social media rules- while offering useful content for sharing. They follow non-commercial behaviors like branding, calls to action or all the marketing actions to buy something.  FREE SHARE content is part of our entire social culture driving information throughout the 'interweb' without charge, cost or commitment. Producers of these videos who legally own the copyrights to their work invite this form of free sharing by offering Creative Commons licenses. This gives everyone from individual creators to large institutions a standardized way to grant the public permission to use their creative work under copyright law.

The production and distribution of industry news, technical education or (How-To) instructional content has confidently carved a major presence in our digital media. Educators and news reporters are flexing their talents in this trending platform while generously sharing their content through moving image and sound. From amateur videos shot with a cell phone, to well-produced prosumer grade educational clips on YouTube (and other video platforms), our current digital media is the next encyclopedia for just about any researcher or student.  As search engines and social platforms like Facebook and YouTube continue to filter out commercial content, this gives educators a fighting chance to support their noble cause of sharing enlightenment and proper science.

ZOOM IS LIVE TV... AND RECORDABLE TOO!
By: Roberta Kline, MD 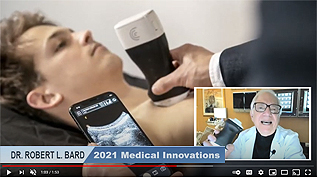 The vast majority of the business community attributes the explosive popularity of ZOOM CONFERENCES to the current Covid-19 Pandemic. To divert our public engagement toward the safer digital & web-based alternative of a web-based video meeting far achieves so many benefits from infection prevention to travel cost reduction to optimal time management.
Meanwhile, the VIDEO RECORD feature of ZOOM is also a powerful instrument for educational video productions for speakers and interviews. Patterning after the movement of 2020 mainstream news and many late night talk show hosts who worked from home (using more advanced broadcast equipment), video producers from all levels have taken on ZOOM recordings as an alternative (or even a replacement) to on-site professional video shoots.  This saves $$ on the significant cost of transporting lighting, camera, audio recording equipment & video crews.
Of course "Zooming" with your consumer grade 1080dpi webcam will never replace broadcast quality equipment but a new "Pandemic-Grade" video style has exploded throughout the web, casting a massive demand for more webinars, zoom video interviews and productions using Zoom-recorded videos.    This trend may be inspired by the pandemic, but producers and clients alike are enjoying the financial advantages of filming interviews via Zoom will continue its presence in the prosumer video market for social media distribution.
THE KING OF HIGH SPEED DISTRIBUTION AND RETENTION
By: David Dachinger (Producer of Responder Resilience podcast)
Edited by: Graciella Davi (Sr. Editor of The RightWriters Content Group)
As we are now deep in the age of digital media, producing a video on your own has become extremely fast and easy.  One person can take on the role of what used to be a team of union-scale professionals, ie. camera experts, online editors, lighting designers and audio/sound engineers.  With the advent of  the smartphone, which offers satisfactorily high-enough quality optics and recording capabilities, the ECONOMY OF SCALE (of smaller, faster, cheaper) has reshaped the entire multimedia industry to re-think the production and distribution (formerly called BROADCASTING)  to re-scale every area of video work- including its access.
The effectiveness of video as a multi-sensory messenger matches its function as a personalized and intimate experience.  Where reading a newspaper once dominated the media industry, the GenZ society (that's everyone who owns a cell phone) finds reading to take significantly more work for the audience (to process the read word into relatable content).  Video engages the audience by delivering both a visual and auditory message, capturing the viewer's brain processing with motion and engaging sound and/or voice.
The average person can read 5-10 words per second, while images can be processed so much more quickly. Over 80 percent of the information processed by our brains is visual and our brains can process images 60,000 times faster than text.  Visuals are also better remembered than audio or text: 80% of us remember what we see, versus 10% remembering what we hear and 20% recalling what we read. A recent survey reported that 95% of business-to-business buyers wanted briefer and extremely visual content. This makes sense as we are seeing a constant uptick in video consumption on social media, with 100 million hours of video being watched on Facebook daily. On social media, compared to text and images combined, videos get 1200% more shares.
Psychologically speaking, video has the power to cause strong emotions, which encourage viewer behavior like commenting, liking, and sharing. In general, increased interaction is influenced by better content. Video content can help you engage your audience and help you get your point across better than virtually any other marketing medium. Video can also be the difference between the customer who’s only interested in your product versus one who’s willing to buy. Video is an excellent tool for creating a deeper connection with viewers and for creating a higher level of engagement.  When it comes to communication and content marketing, video is king. Video plays a crucial role in our podcast, which we use to build community and bring important information to the first responder community.
INFO REVOLUTION: THANKS TO FAST AND FREE ACCESS
Since the camcorder in 1982, personal, pro-sumer grade quality video became accessible to everyone. Since then, digital video cameras have flooded the market at a small fraction of the VHS era- making it even easier for anyone to pick up a cell phone to shoot and edit a video. Hosting platforms YouTube became global channels for global consumption, driving 24-7 access to any production from just about any electronic device.  Thanks to the digital revolution, fast access to video (both on the production and web access ends) has mostly conquered public communication- where the written content has taken a back seat to a 2-3 minute online video clip.
- July 23, 2022

Dr. Bard interviewed by CH11 PIX News: 10/8/2021 To gain an understanding of today's digital video messaging is to accept the very basis... 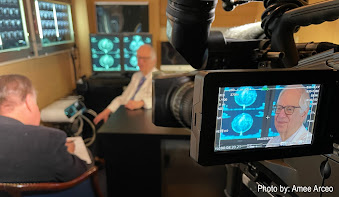